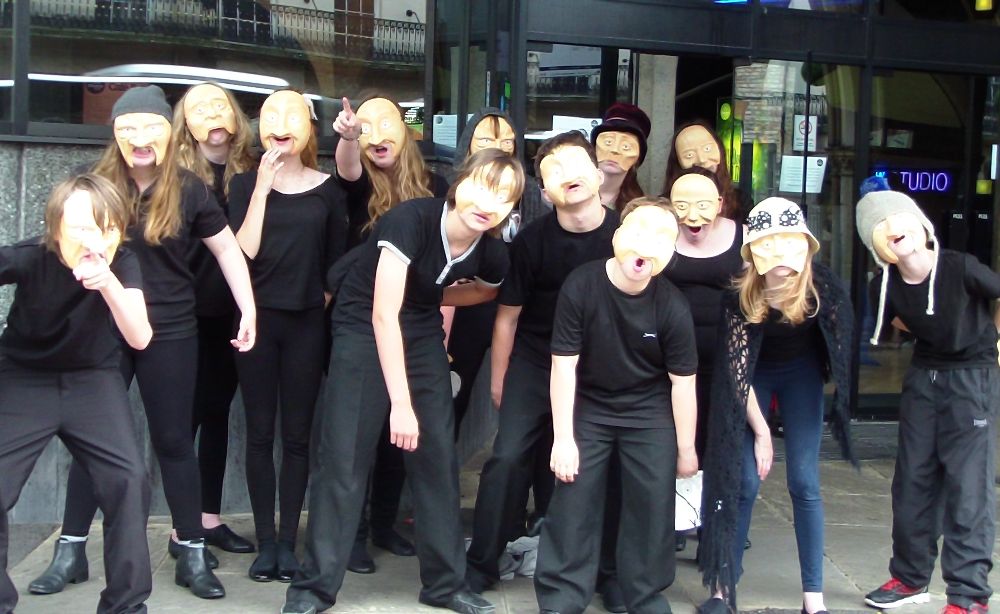 During the lunch break our students mingled with the delegates wearing Trestle masks and improvising as their characters, the seven deadly sins.  This was the culmination of the project which began back in May when Trestle came into school as part of a project called 'On Our Turf' which is being run by the Theatre Royal.