Over the last few of weeks students have been actively studying the Commonwealth in celebration of National Commonwealth Day on the 10th March.  These activities have given students the opportunity to understand a range of global issues and the importance of the international co-operation and the work of Commonwealth organisations which aim to improve the lives of all its citizens.

All curriculum areas and year groups have participated in a range of activities, with some outstanding written and art work being produced by students.  Examples of the students hard work has helped create a display board that is now available to view in the reception area of the Civic Centre.

All students in the week before Commonwealth Day attended assemblies that explained the history of the Commonwealth and its relevance today in the world.  On the 10th March, Selby High School in celebration of the true value of the Commonwealth as an increasingly multi-cultural organisation seeking unity, understanding and tolerance flew the commonwealth flag.

In addition to our own celebrations local schools were invited to a raising of the Commonwealth flag ceremony at Selby Civic Centre, where year 11 student Oliver Jackson (G8) had the honour of raising the flag. 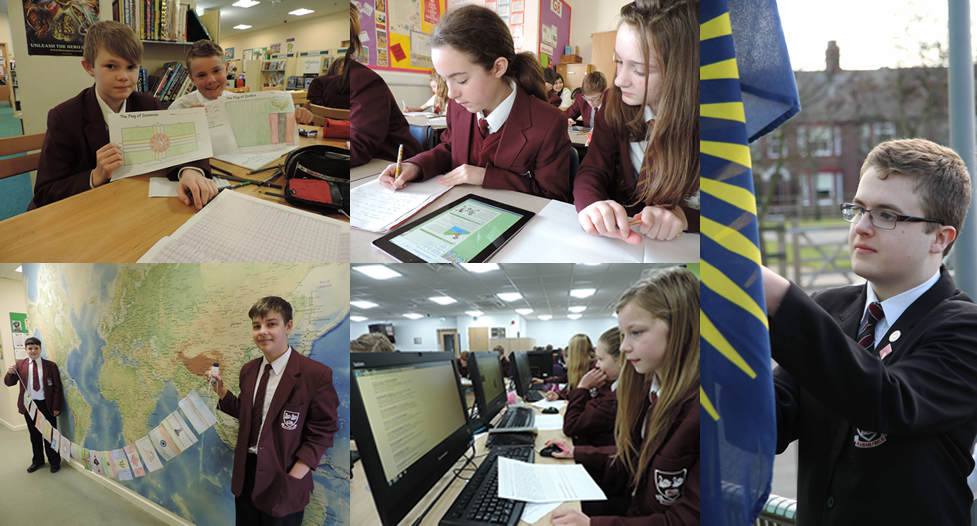