Students battle to represent the school at the National Amp Awards

Student bands battled it out in a quest to become Selby High’s Amp Awards winner 2015.

The bands have been rehearsing and working towards this competition for several weeks in a bid to represent our school in the national Amp Awards competition.

It was a tight race and the votes were very close, the winning band were Spectrum who will now compete against other schools from across North Yorkshire later in the year. 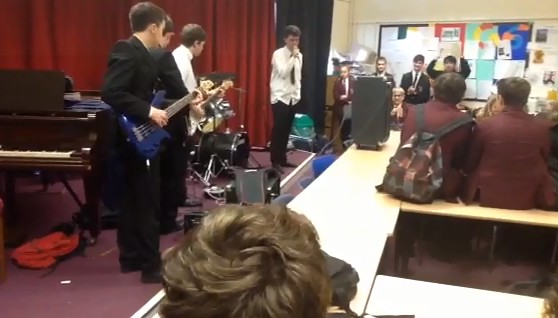