Mrs Haigh with the help of Miss Harwood, Mrs Watson, Mrs Metcalfe and Mr Hinchliffe hosted an inter-school Spanish, French and English spelling bee at Selby High on the evening of Monday 12th June in the Learning Resource Centre.

Prior to the evening, the 18 finalists from both schools (9 from each school – 3 per language) had the task of learning a list of 40 words including translation from English to the target language and spelling - including accents and spaces.

From Barlby High School – Molly Barker, Ruby Mellor, Anna Elston and Juliet Urquhart. Unfortunately, not all of the contestants from Barlby High turned up at the event so those that did had to work extra hard doing extra spellings and even spelling the English words which they had not revised!

The students were chosen to represent their schools after two gruelling rounds of spelling competitions – the knockout round which comprised a written test of 40 spellings involving the whole of year 8 in their lessons followed by the semi-final round involving those who had scored 36 or higher in round one. For the semi-final they were expected to learn another list of 40 words and had a written test of the same 40 followed by a verbal test of 5, which were randomly selected by Mrs Haigh and Miss Harwood who hosted the semi-final one lunch time.

On the evening of the final in round one, each student from both schools had the task of spelling two words in their target language randomly chosen from the list they had learnt. At the end of the round both schools had scored 9 out of a possible 12 points. The tension was certainly mounting!

In round two, students were given the word in English first and were then able to confer as to who would spell the word.

Having won the tournament last year, Selby High School were keen to retain the Champions’ Cup and we did it! We are the champions again in 2017. The final score was 36 points to Barlby High and a massive 45 points to Selby High.

Well done to all students involved, you did both school and your parents proud. It was an amazing feat to have been the final 9 from an entire year group. 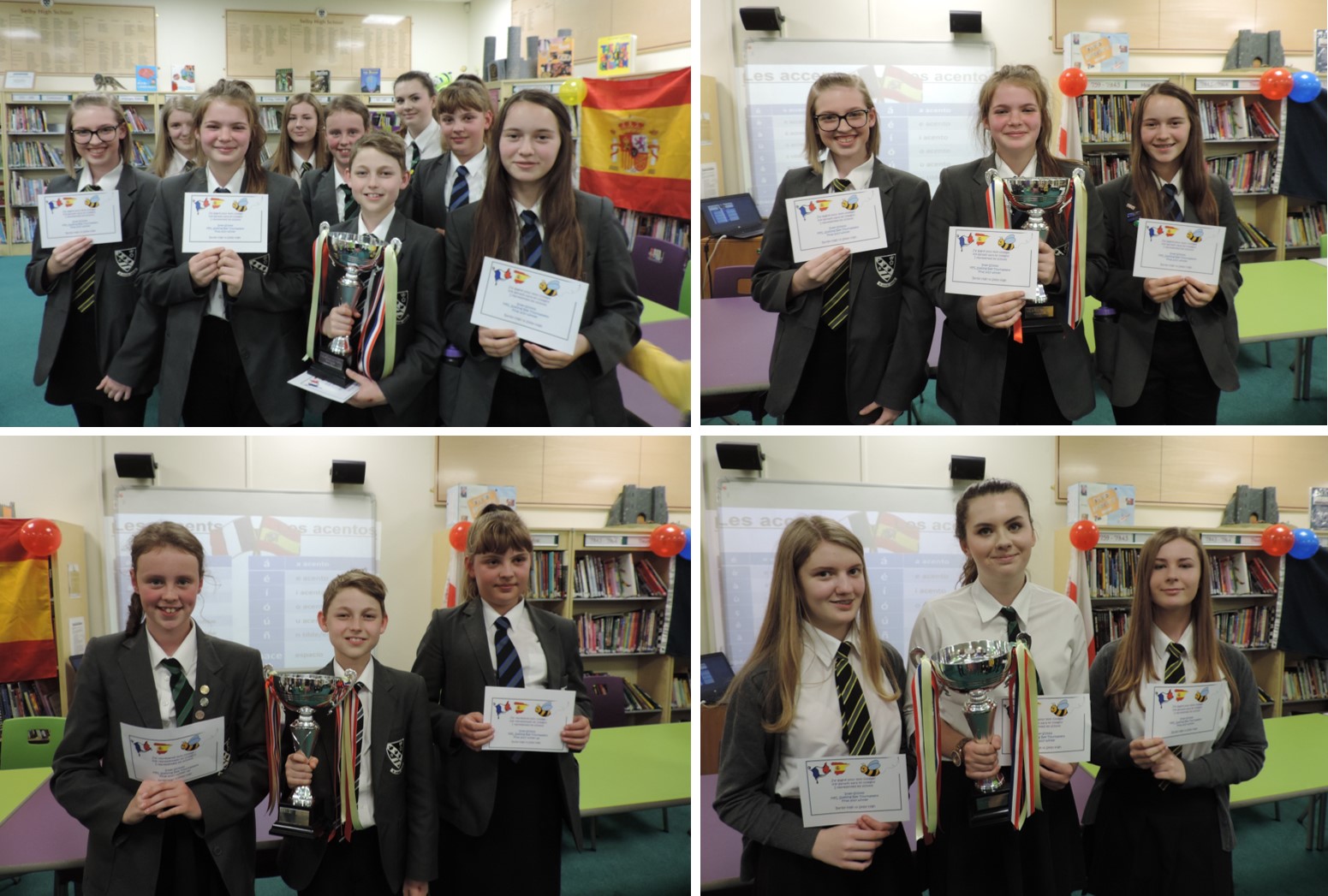