Congratulations to Lorna Brookes, a year 9 student who achieved a silver medal in the under 16 girl’s Barebow category at the National Field Archery Society (NFAS) 3D Archery Championship. Held in Plymouth on 23rd & 24th May, Lorna was among 500 fellow archers to compete.

This championship involved two different courses comprising of thirty-six 3D animal targets ranging in size from weasels to wolves and even polar bears.  Targets are generally placed in 'natural' settings in the wood or on moorland, using the trees and shrubbery to give each target different levels of technical difficulty.

Lorna became interested in archery after a taster session on a guide camp, which led to a beginner’s course with Cobra Archers of Goole in 2013.  There has been no stopping her since, with her winning several medals from bronze to gold at NFAS shoots held all over the country.

Also a member of Archery GB, which covers traditional target archery, Lorna shoots at Selby Archery Club.  Here, she has won several medals in their monthly junior competitions and in March this year she won the Yorkshire indoor under 14 girl’s Barebow title.

Well done Lorna for your amazing achievements in archery. 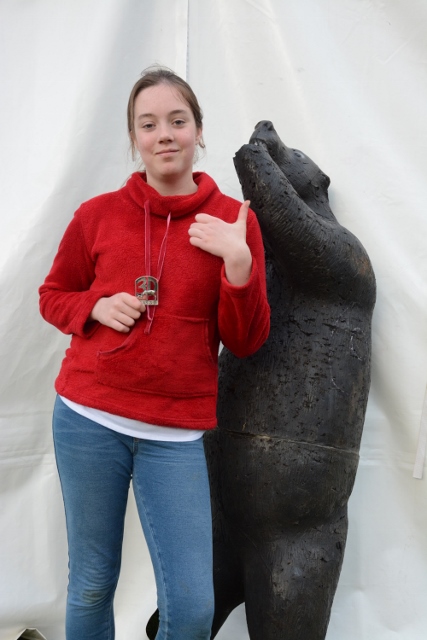