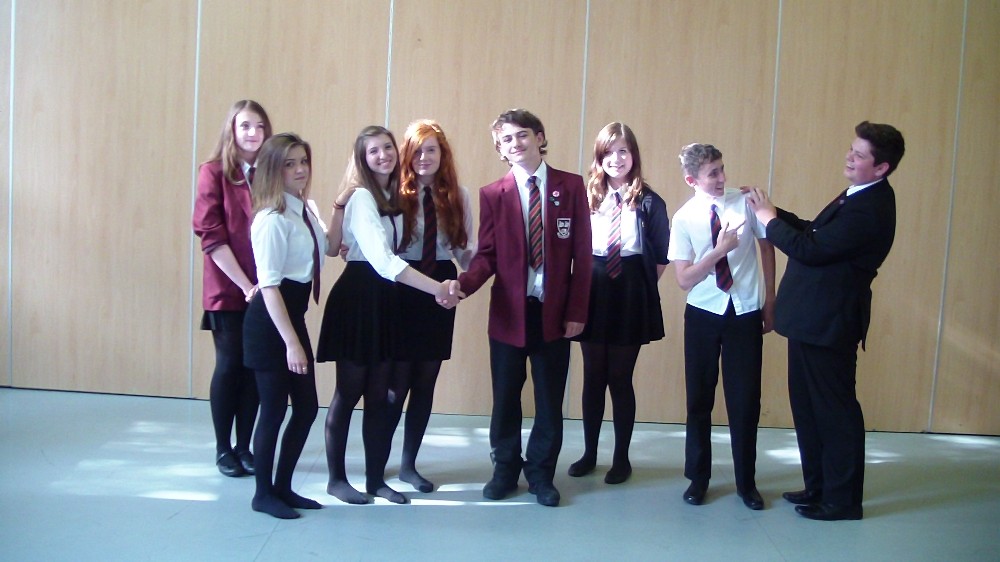 As part of the UK wide Shakespeare Schools Festival (www.ssf.uk.com), Selby High School students are working hard to perfect their production of ‘The Tempest’ for their moment of glory on 5th November 2013.

This drama is one of the great comedy plays by William Shakespeare. The plot starts when King Alonso of Naples and his entourage sail home for Italy after attending his daughter's wedding in Tunis, Africa. They encounter a violent storm, or Tempest. Everyone jumps overboard and are washed ashore on a strange island inhabited by the magician Prospero who has deliberately conjured up the storm. Prospero and Miranda live in a cave on the island which is also inhabited by Ariel, a sprite who carries out the bidding of Prospero, and the ugly, half human Caliban. Various plots against the main characters fail thanks to the magic of Prospero. The play ends with all the plotters repenting the Tempest is calmed.

Director Sally Lewis says: “The students have been working hard and I am proud of what they have achieved.  They have given up their own time to take part in this fantastic opportunity. All the rehearsals have taken place during lunch breaks and after school.  We hope that they will get a lot of support from their families and fellow students, the audience are in for a treat.”

SSF is the UK’s largest youth drama project, working with 25,000 young people from 1000 schools each year.