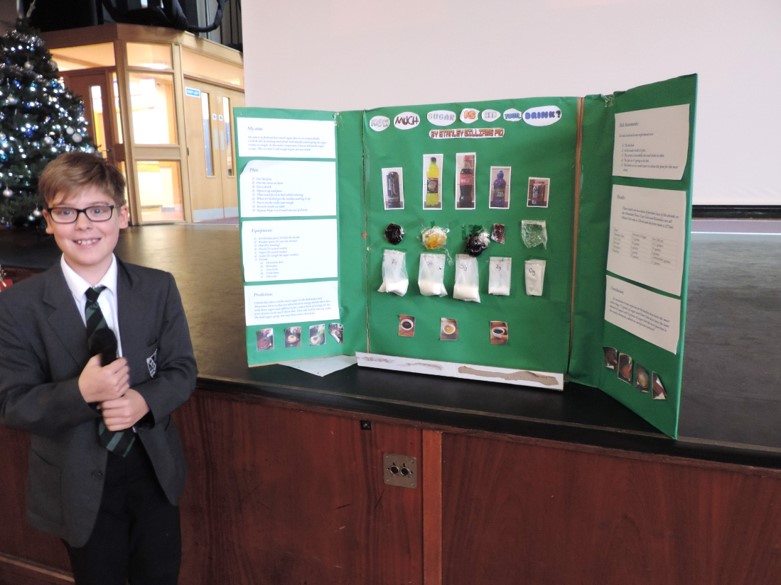 On the afternoon of the 14th of December year 7's took part in the Science department's Science Fair afternoon. In the weeks leading up to the Science Fair pupils had been set the huge task of planning an experiment, ANY experiment (providing it was safe!), and presenting their results to other pupils.

The projects ranged from rocket launching, to bath bomb dissolving, to crystal making! Pupils chose how to present their findings to their class and the best projects were selected to be presented to the whole of year 7 and the Principal - our guest judge.

All pupils presented their projects confidently and everyone learnt a lot about how the experiments were carried out and what results were discovered.

After a close run competition the winning project, which looked at the sugar content in different drinks by boiling drinks down and measuring the amount of sugary syrup (Mountain Dew was the clear winner!), was carried out and presented by Stanley Williams. Congratulations! 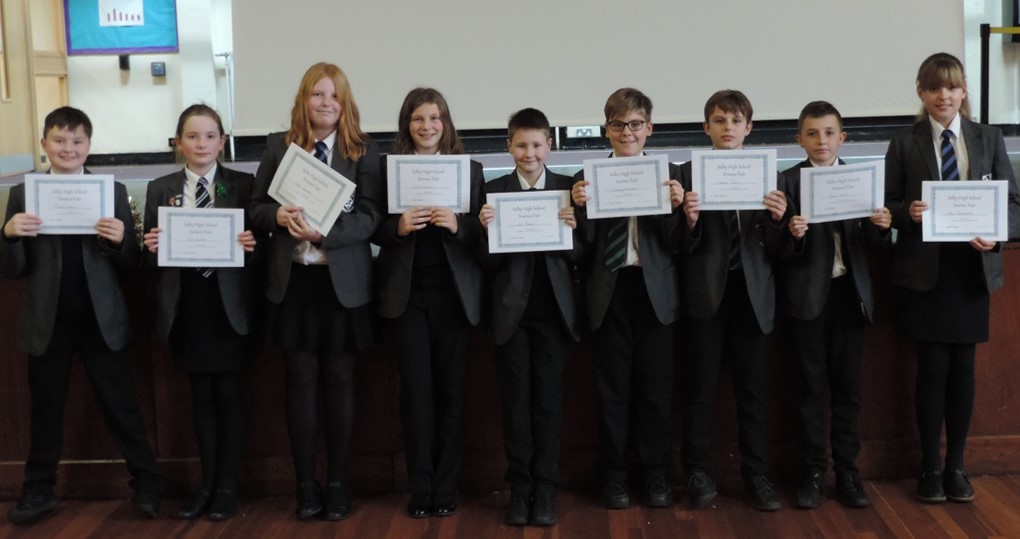