Selby High School students alongside the RE department worked this autumn on producing shoeboxes for the needy around the world. The shoeboxes contained daily essentials and treats for children who would otherwise not receive a single gift this Christmas. The Samaritan’s Purse is a charity that collects shoeboxes from all over the country and donates them in various countries around the world. Selby High School was visited by Ken and Maureen Bates who are volunteers for the charity and had personally handed out shoeboxes from the Selby area to children in Romania. This year we achieved a Selby High record of 130 shoeboxes in the Christmas spirit of giving!! 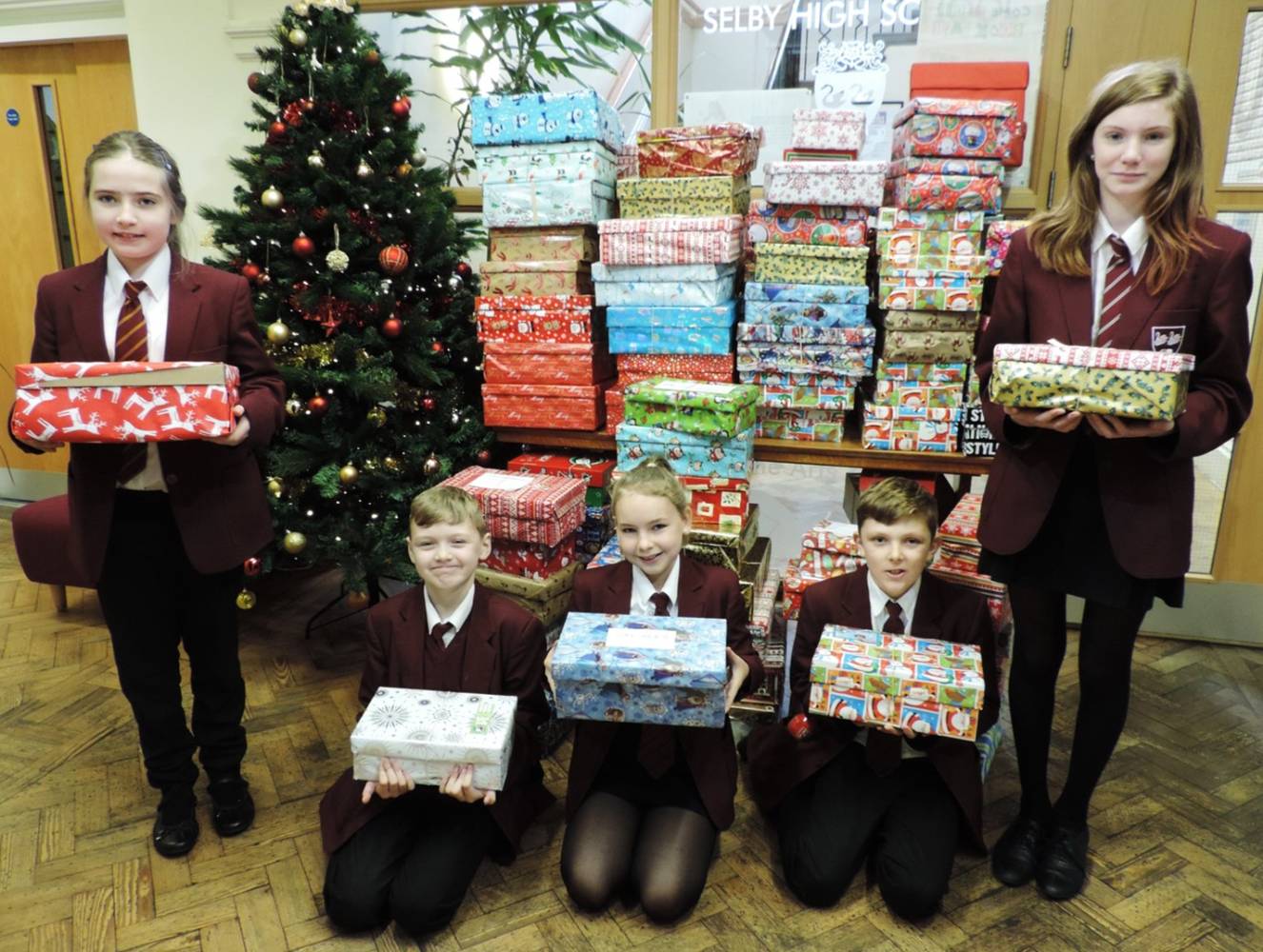