A huge well done to our Year 10 Boys Futsal team who are now the North of England champions, after a victorious day at York University.

Representing Doncaster Rovers, the boys finished joint 1st in the group stage. Barnsley FC were the opponents in the semi-final, ​​coming through a tight game 2-1 after going 1-0 down.

The final was against Scunthorpe FC, who had beaten the lads in the group stage, but their 'never say die' spirit shone through, winning 1-0 to become champions. They now go onto the National finals in Birmingham representing Doncaster Rovers for the North of England. 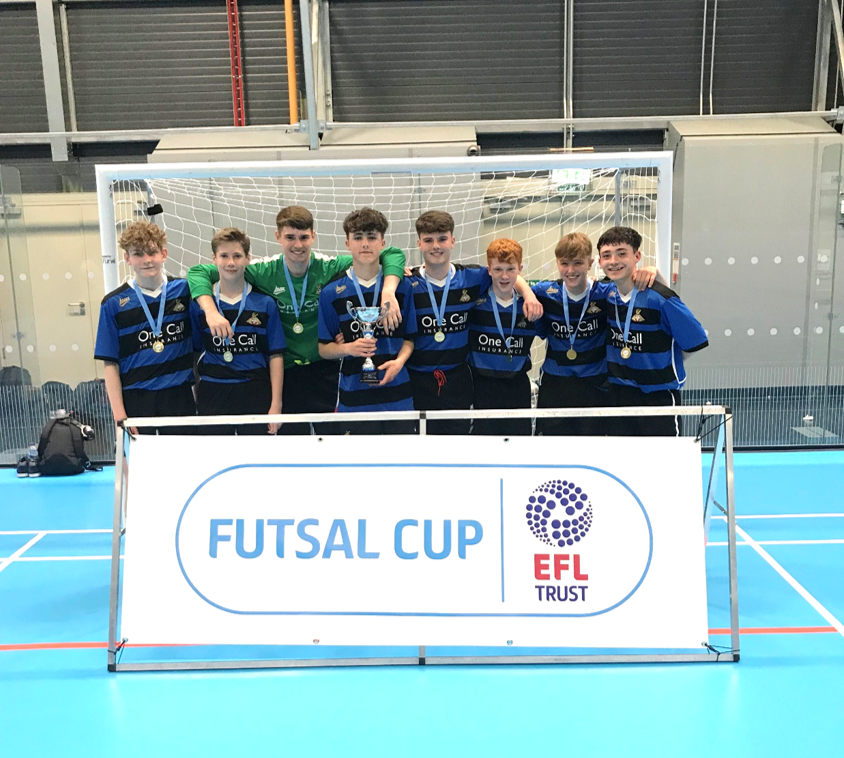