Our year 9 and 10 (U15) boys turned up to the National Futsal finals representing Doncaster Rovers in a joyous mood. Knowing it was going to be a challenge and potential uphill battle in the National Finals, they qualified from the 512 schools that entered at the start of the competition. The boys won their group, winning all three of their games and only conceded 2 goals against teams from Newport and Blackpool.

They progressed into the semi-finals where they played the pre tournament favourites Chelsea FC. In what was a tight game, James H scored the winner which meant they would meet Exeter City in the final. Nerves were at their highest in what was an evenly matched game. The match winner came from Jacob B with what finished off a great team move. 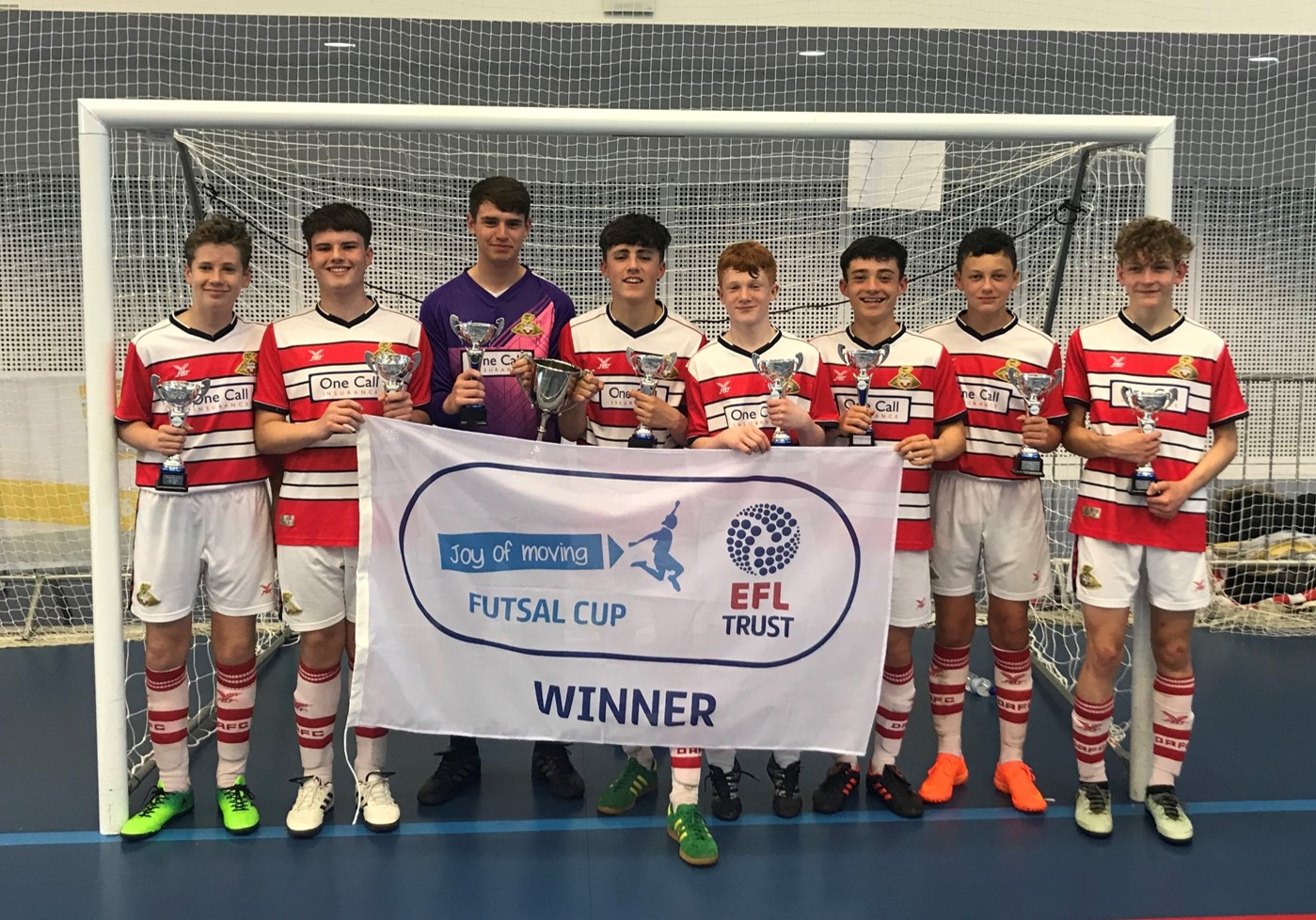