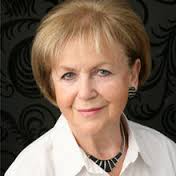 Friday 27th January was Holocaust Memorial Day.  As a way of remembering, the whole of year 9 had the privilege of hearing a live webcast from the Holocaust survivor Mala Tribich.  Mala was born in 1930. In 1939 Mala's family had to move into the first ghetto to be established in Poland. Mala became a slave labourer and was then sent to the Ravensbrück concentration camp. From there she was transported to Bergen-Belsen. Upon liberation, Mala went to Sweden where she spent nearly two years, before coming to England.  This was a fantastic opportunity for our students as you can imagine and they responded really respectfully to the event.

The webcast is available to watch on the Holocaust Educational Trust Website.