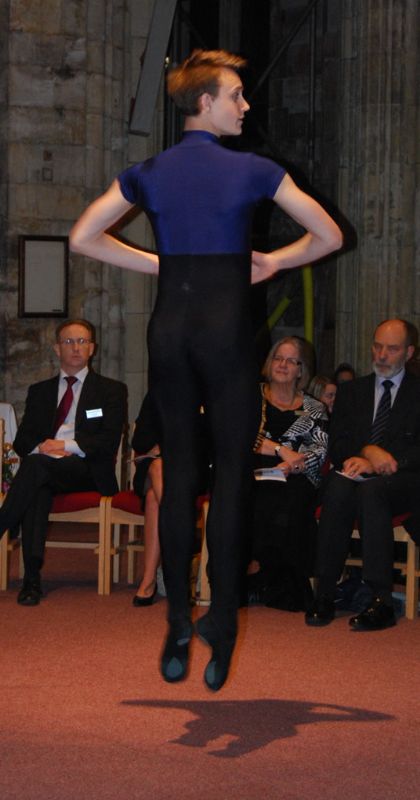 On Wednesday the 15th October 2014, students, parents and carers, grandparents, staff, and Governors were invited as guests to Selby High School’s Annual Governors’ Awards for the Academic Year 2013-2014 at Selby Abbey. This was the eleventh anniversary of these prestigious awards.

There were over two hundred and thirty awards being presented this year, which reflects the ever increasing achievement and attainment of the students from Selby High.

Special guests who agreed to present the trophies, either sponsored by their company or themselves, included Mr Nick Midgley from Doosan Babcock Energy, Mr Andy Reed from Handelsbanken Bank and Mr Christophe Ughetto from Novotel.

Mr Phillip Stables, who retired from Selby High in August 2006 after 35 years dedicated service to the school, presented the Achievement in Adversity award.  Mr David Middleton of Wright Electrical in York presented The Wright Trophy, for the most promising science student.

Awards throughout the evening were given for

·         attendance awards for not having a single day’s absence during the whole of the school year, together with three very special awards to six students who did not have a single day off during each of their five years at the school

·         special Governors’ awards to recognise excellence in other areas of school life.

The awards reflected an outstanding and exciting year for the school in respect of the tremendous progress of students including the best GCSE results in the area. This was against a national back-drop of falling standards.   The awards also celebrated the £100k for money raised for charity during the last ten years, a truly wonderful effort from the young people of Selby High School.

During the evening many young students demonstrated their extraordinary skills and talents through music and dance in the amazing setting of the Abbey.