Many thanks to Helen Duffy at Intofilm for setting up a fabulous opportunity for our school Film club to visit the film set of Horrible Histories new movie “Bill” which is an interpretation of what could have happened during the missing years of William Shakespeare’s life between 1585 -1592, Queen Elizabeth was on the throne and life for a bad lute player was not the easiest.

Filming has been taking place throughout half term at Selby Abbey and due to filmmaking schedules pupils were lucky enough to see some of the final scene being shot. They cannot divulge set details or plot spoilers but we can say the Abbey is decorated to be Queen Elizabeths royal court and looked fantastic.

Mrs Butler, Mr Burnitt and 10 Film club members were shown around the set by Tony Bracewell the film’s producer and brother of director Richard Bracewell. The students saw the set, learnt about camera placement and how there is a person employed to do every single job involved. This meant a lot of sitting around waiting for other people to be ready; which gave the pupils opportunity to chat with Jim Howick (writer of Yonderland and regular Horrible Histories actor) and also Simon Farnaby (another HH regular). Unfortunately we were unable to take photographs of any cast in costume and although Jim is wearing lipstick, (watch the film to find out why) he was able to be photographed with the group as well as Tony himself.

It was a fantastic experience to see filmmaking in action and once there, we could see why so few pupils were allowed to go as silence was paramount or your voice could end up immortalised on celluloid forever!

Bill is aiming to be on general release from February 2015. 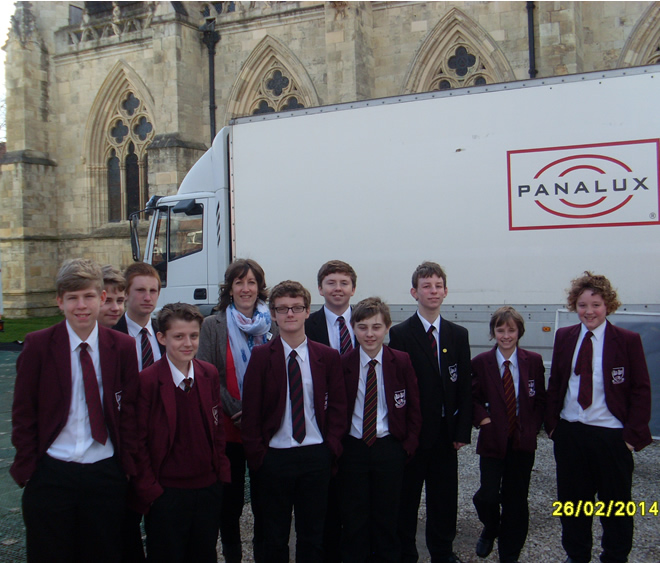