On Thursday 23rd June Miss Harwood and Miss Ashworth accompanied 19 year 8 students to Selby College for their annual Eurofest competition. The day included a trade fair in which students displayed and advertised products they had designed and developed to market in Spanish. Products ranged from Euro 2016 merchandise to Spanish-themed t-shirts. Students also set up two Spanish tourist stands on which students gave information about Girona and Valladolid respectively.

Selby College’s MFL department and the AS and A Level Spanish and French students oversaw proceedings. Judging was done by Liz Black of York University and her PGCE students who also ran cultural activity sessions such as Yoruba, Portuguese and Swedish taster sessions. The college’s student ambassadors were on hand to help out through the day – many were ex-students from here at Selby High including Charlotte Fothergill, Deanne Davis and Harry Marshall.

We unfortunately lost out overall to Holy Family (who have won the competition for the last four years) but each student came away with a certificate and a goody bag. Furthermore, the group “color cambiente” were recognised as Selby High’s best stand for their colour changing football in honour of Euro 2016. Students involved in this group were James Thomson, Liv Butler, Amy Woollen and Sophie Easthill. Our “sweet dreams” girls were also recognised for their best use of Spanish throughout the competition – they are Bethany Marshall, Alisha Lewis, Alex Potter and Mollie Campey. Luke Raddings and Amy Woollen were given certificates in recognition of them being Selby High School’s star performers at the event.

Praise must go to all 19 students involved – they were 19 of 54 semi-finalists and had originally participated in the knockout rounds which involved the whole year group of over 200 pupils. The MFL department is really proud of all of them.

Special thanks must also go to Robert Parker who was on hand with a camcorder and microphone to capture some footage of the day. He was recommended to us by Mr Patchesa and did the media department proud. 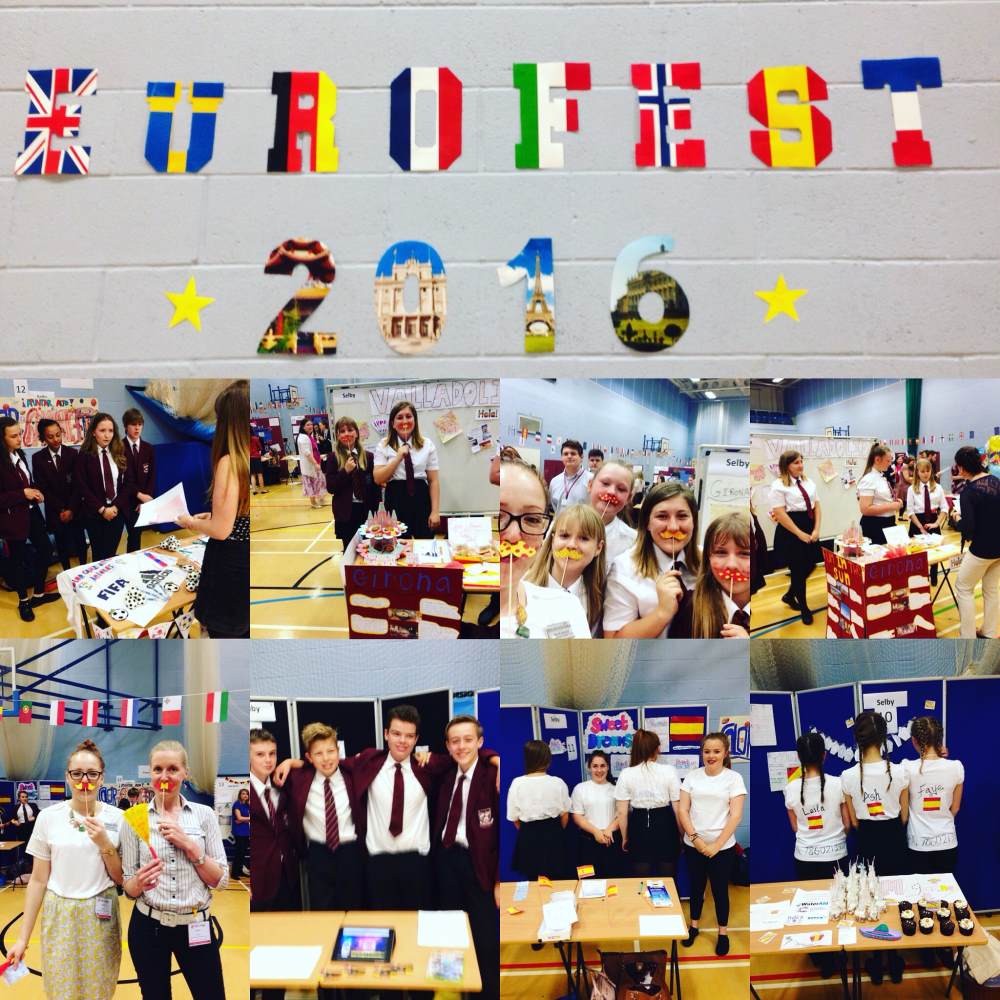