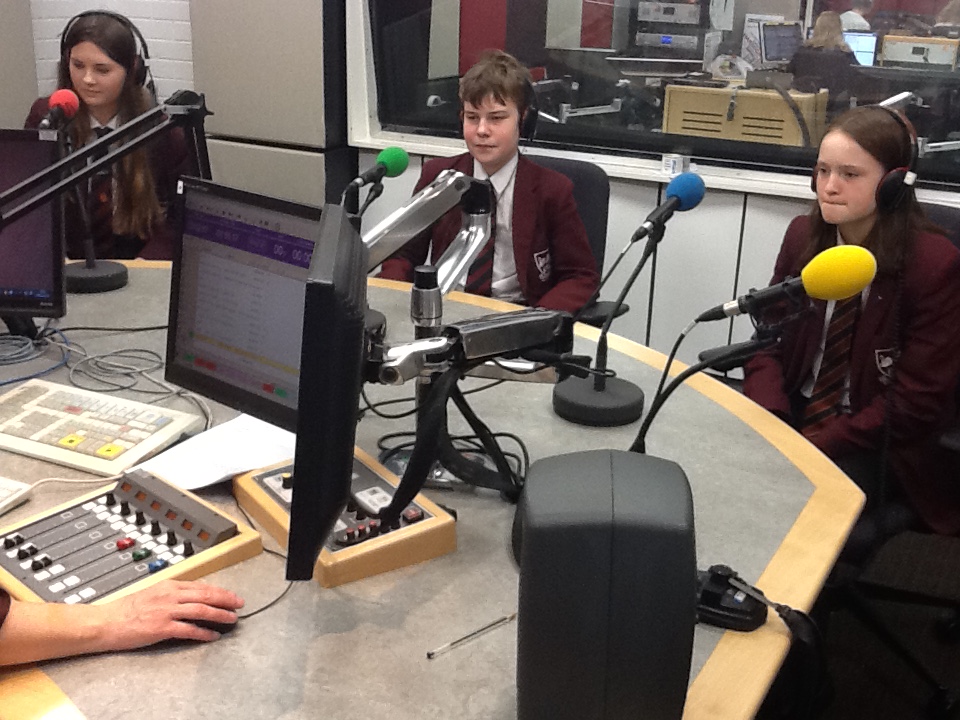 Ali Pascoe, Jamie Martin and Molly Noot (all Year 9) were accompanied by Mr Dyke to the radio station after having been invited to speak about their experiences in taking part in this year's BBC School Report day. The day itself (Thursday10th March) involves a group of around 12 students who become journalists for the day, writing about local, national and world news which matters to them. The reporters have been preparing for several weeks their respective news stories which cover topics as varied as the Yorkshire floods; the closing and reopening of York Theatre; and even the harvesting of animal organs for human use!

Radio York, who in the past have interviewed the reporters over the phone, invited 3 to speak on air prior to the event, as well as show them the inner workings of the studio itself! Grilled with various questions (without much preparation), the three reporters gave a brave, confident and assured display of themselves on air and left morning DJ Jonathan Cowap suitably impressed. Even Mr Dyke managed to get some 'air time' and succeeded, in his own words, not to 'ramble on'!

As a result, Radio York have invited reporters to join them on air again on the day itself, this time over the phone. Tune in between 10:30 and 11am on the 10th to hear the follow-up interview on the big day itself. Further to this, visit the school's linked BBC School Report webpage on the day to see and hear what the Reporters get up to.

You can listen to playback of the conversation below: