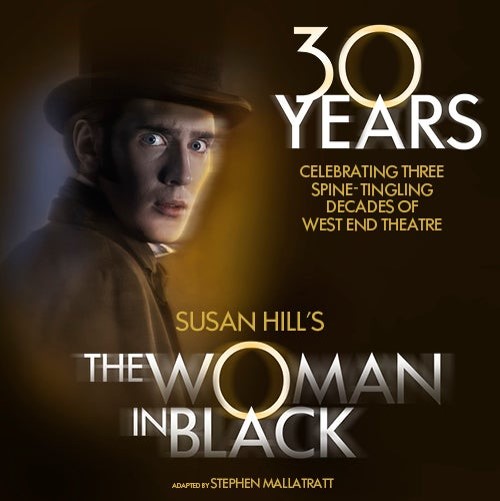 The Woman in Black

On Thursday 14th November, forty five students went to see Susan Hill’s, The Woman in Black. This incredible play sees its return to York’s Theatre Royal after thirty years. It truly has stood the test of time.

Two of our year 10 students reflected on the evening....

The Woman In Black is overall a spectacular production. It is a wonder and a joy to see the actors performing on the stage. Despite their small numbers (consisting of two actors), they manage to pull off an amazing show anyway. Their creative use of only a few ordinary objects can astoundingly transform into impossible aspects such as a horse and trap. Their creative ingenuity will undoubtedly amaze you, as well as their compelling performance of the story. The story itself is largely based on the book, so if you want to watch it you might want to read it, although it doesn't matter whether or not you do, the show will still be great.

If you are one for horror, then this is the show for you! It has some frightening sound effects (especially if you're sitting at the back near the speakers), and some terrifyingly suspense scenes. As well as that, you had better be ready at all times for jump scares, as I jumped at almost every one, however, some people (such as my friend), prefer the tension and excitement of typical horror genre style. The poor woman herself is not really mentioned in the program, but you can bet that she'll be there to scare you half to death, even if you're not scared easily, you will jump at least once during the performance. Although for some people after the show they believe they'll never sleep again, you will soon get over it (as I did) and realise quickly how creative and clever the show actually turned out to be!

‘The Woman in Black’ was an amazing experience with some good laughs, amazing characters and great scares.

The opening of the play showed the present, a man wanting to share his story to his family and another man, wanting to help him out with his ambition. The opening section was very comical, making us feel quite comfortable in our seats but it was also quite worrisome as we anticipated the arrival of the woman.

I absolutely loved the way it changed between past and present and clearly broke the fourth wall. The tension builds even more as we start to learn more and more about this woman from the people living in the surrounding town. As we get to the funeral scene, she appears for a calm but terrifying entrance.

The first jump scares felt so genuine and realistic, but they only become more and more terrifying and common, but you can never see them coming. The way they used the curtain in the background to swap between scenes helped with some amazing scares.

The ending felt so horrifying, so real, that is the real horror of ‘The Woman in Black'. Not the jump scares, not the characters, not the actual woman, but how horrifyingly real it is. It makes you feel uneasy yet you never want to take your eyes off of the stage and you want to stay in the performance. Overall, I would highly recommend anyone to watch it, fan of horror or not, it will blow your mind, even if you've never read the book or even seen the movie like me. 9/10, I would definitely watch again.