On Tuesday 20th May, 80 Year 8 students took part in our annual modern languages Eurofest event. This year the final competition took place in our school hall following a project completed in classes preparing either a Tourist Information Stand or a Product Design Stand. The year 8's came up with some amazing ideas and put in a fantastic amount of effort to produce plenty of leaflets,  business cards and promotional material to promote either their chosen area or their product.

Some stands even went so far as to produce some of their products and some had little tasters to try to entice people to their stand.

Year 10 language students came along to help judge the contest. Students were judged on their effort and level of work that they had produced but also on their language skills within the competition. They had to answer questions about their area or product in Spanish or French and they all did really well.

There was a real buzz in the hall and all the students enjoyed themselves.

Eurofest was a huge success and the students performed really well in both languages. The effort put in my some students was outstanding 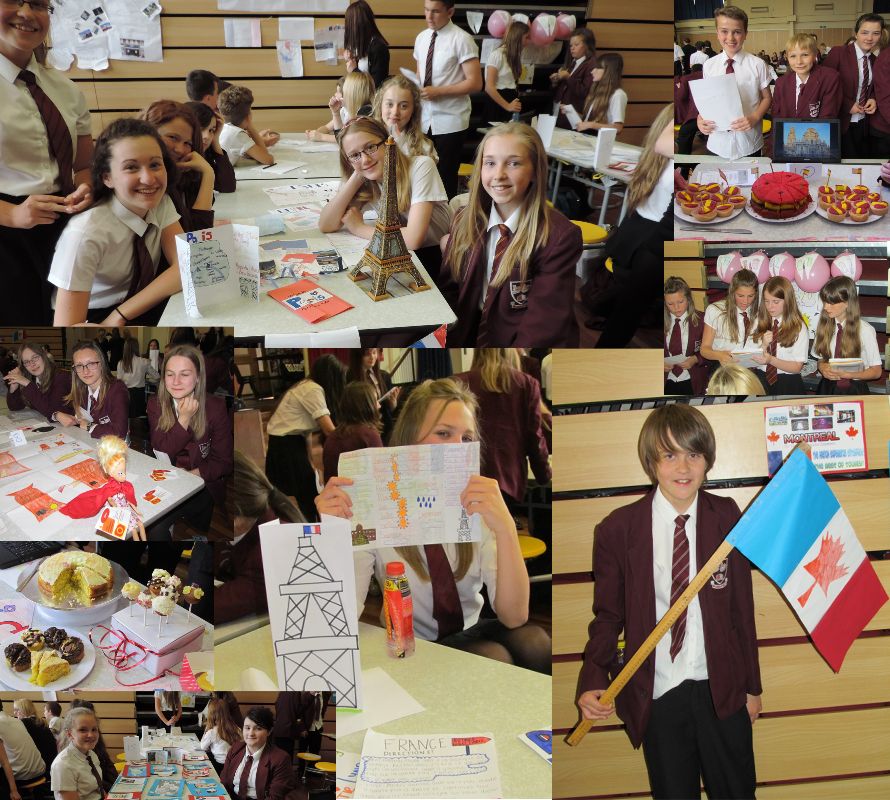