Well done to the under 16 Boys Futsal team who ventured out on Friday 13th January to Doncaster Dome and returned victorious as area winners.  Credit goes to all players involved, with high level skills and 100% work rate throughout, which resulted in some fantastic team goals. The team won the first and second games convincingly; came back to win the third game 7-4, despite going 4-0 down and had a fabulous 12-4 win in the final game.

The team now go on to represent Doncaster in the regional competition. They were a credit to both the school and themselves. 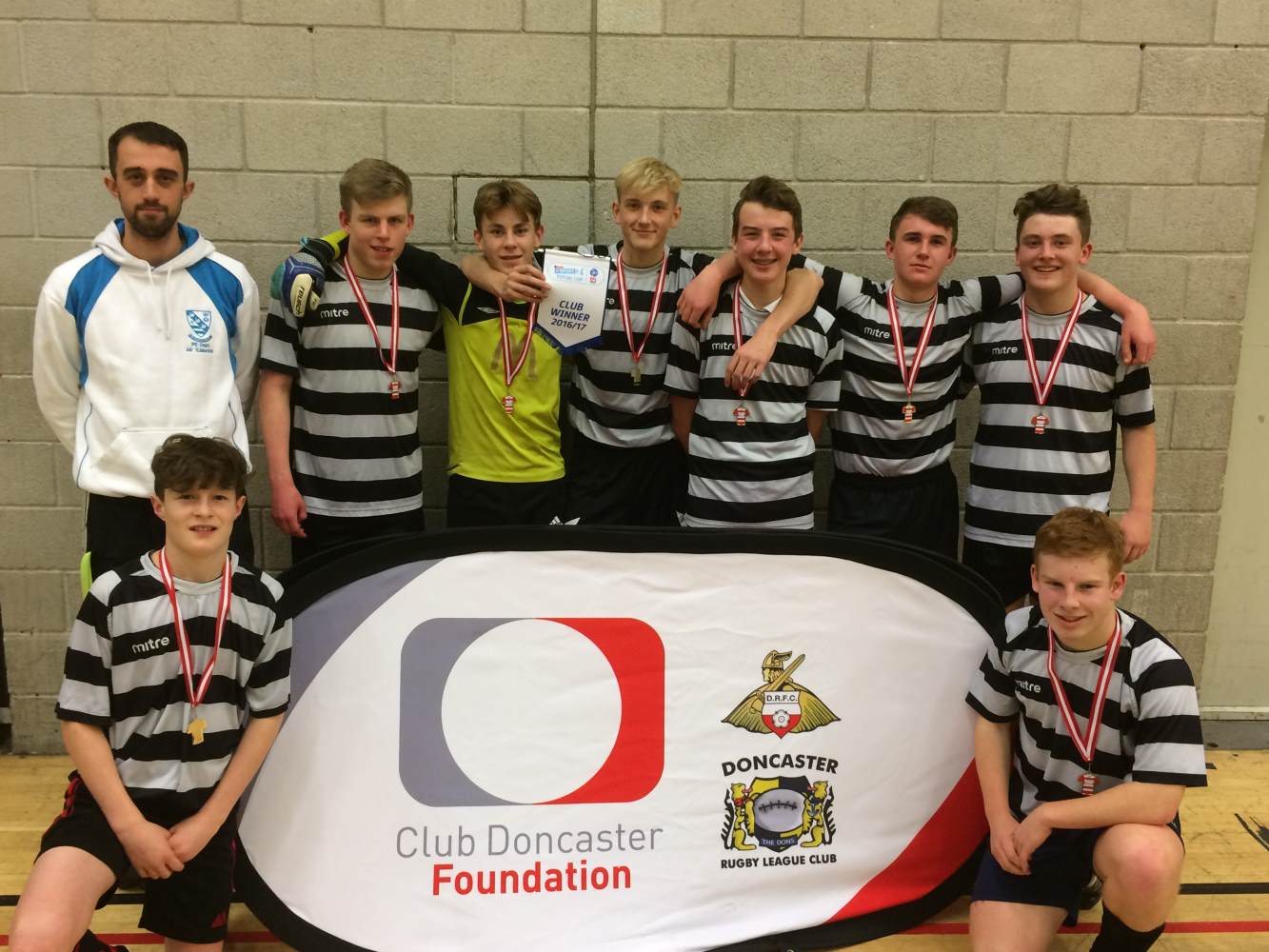