As part of their preparation for their upcoming GCSE Media Studies exam, 20 Year 10 students visited the BBC Studios at Salford Keys in Greater Manchester.

They took a tour of the state of the art facility, dropping in on the studios of Radio 6 Music, Blue Peter and Match of the Day. We learned that the lights in the Match of the Day studio cost £1.4 million and sat in the chair where Gary Lineker gets his make up put on, as well as the Mastermind hotseat and Albert Square park bench.

At the end of the tour, they had a chance to be the stars of their own breakfast TV show broadcast, and took part in their own edition of ‘A Question of Sport’.

This visit, following the fantastic workshop to produce their own game show at the University of York at the end of Year 9, will give them further insight into the world of TV production to assist them with their exam preparation on the topic of TV Game Shows. 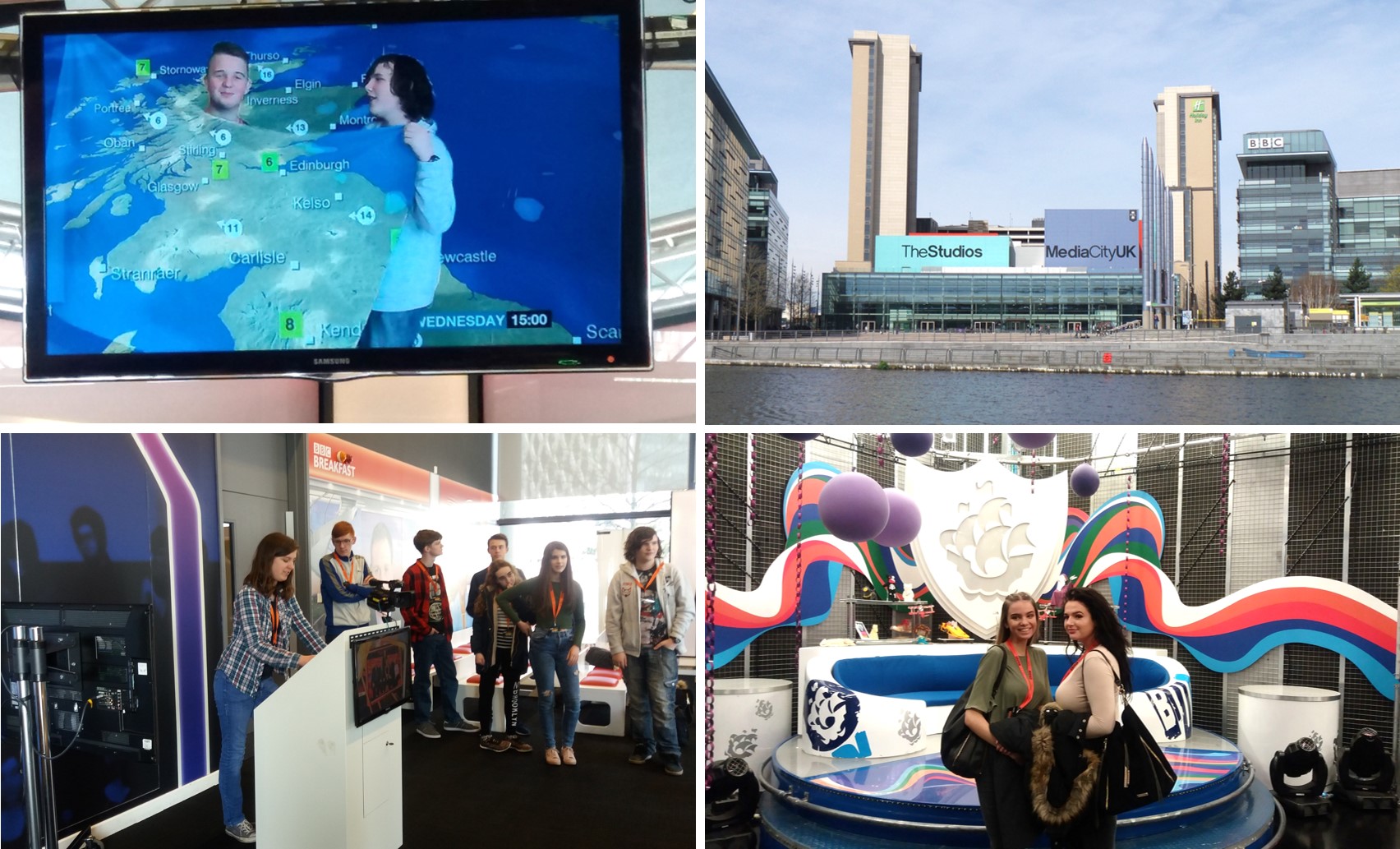 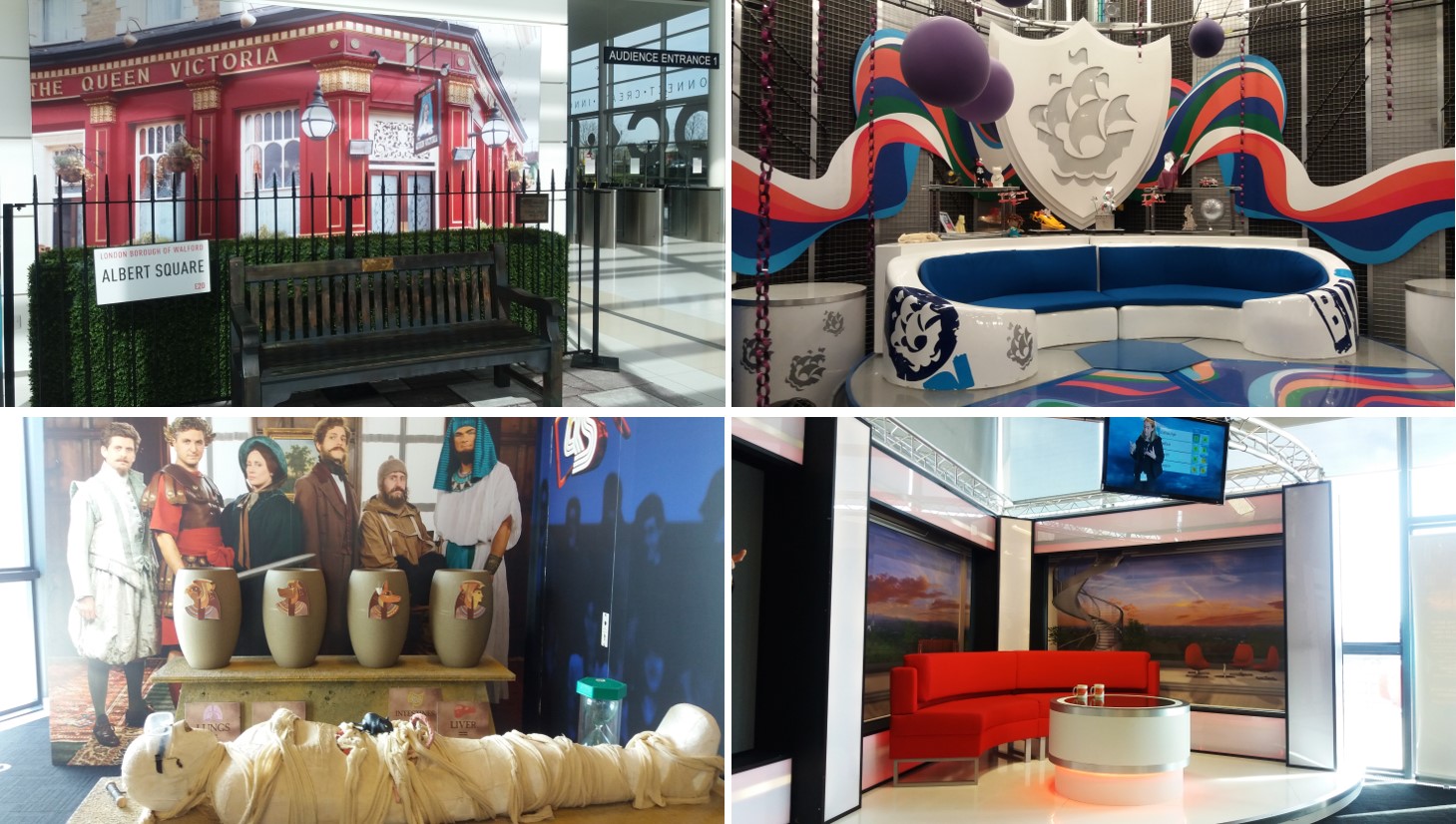