On Friday 12th December, Year 7 students took part in a Robotics Workshop as an introduction to the More Able programme. Selected Year 7 used the BBC Microbit to make robots that could draw shapes on a piece of paper. With very few instructions, students had to build, wire up and code the MicroBit so that their robots could move. This was a challenging task, and students resilience, independence and logical thinking was tested. All students threw themselves into the challenge, and despite some technical issues, worked hard to programme their robots.

Students efforts were judged at the end of the session, and the following teams were awarded certificates and prizes.

Best Technical team: This team were the first to get their robot working, and programmed the robot to create a number of different shapes.
Kate Ripley
Eloise Chappell
Felicity Doherty

Most Resilient Team: This team overcame numerous setbacks, and eventually managed to get their robot to create a circle.
Emma Brewer
Khloe Reade
Grace Livsey-King

Super Resilience: A late entry into the awards. This team, despite not finishing with a working robot, worked tirelessly to solve problems and overcame a number of different complications very graciously!
Natasha Haffegee
Libby Anderson
Jasmine Ruston 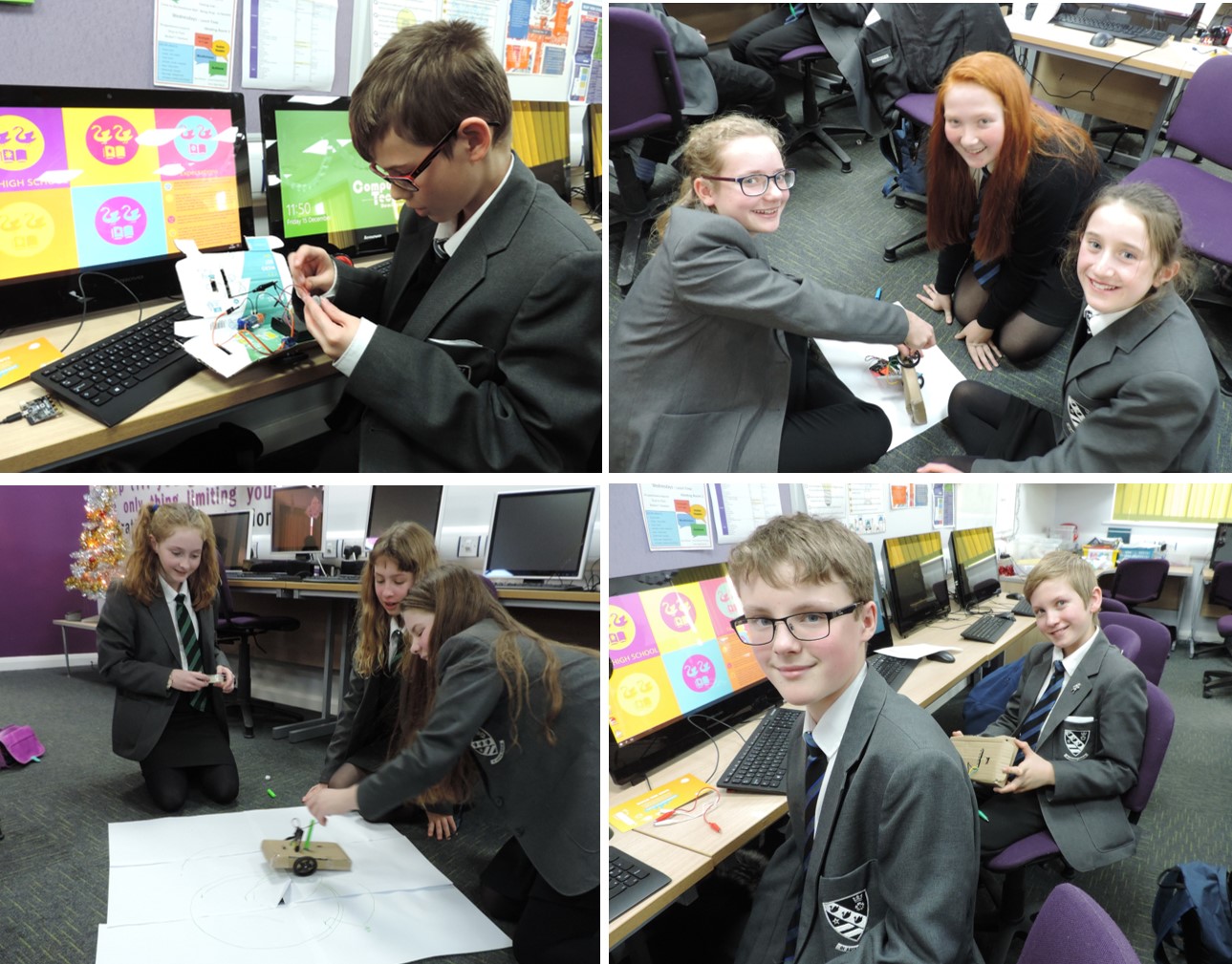