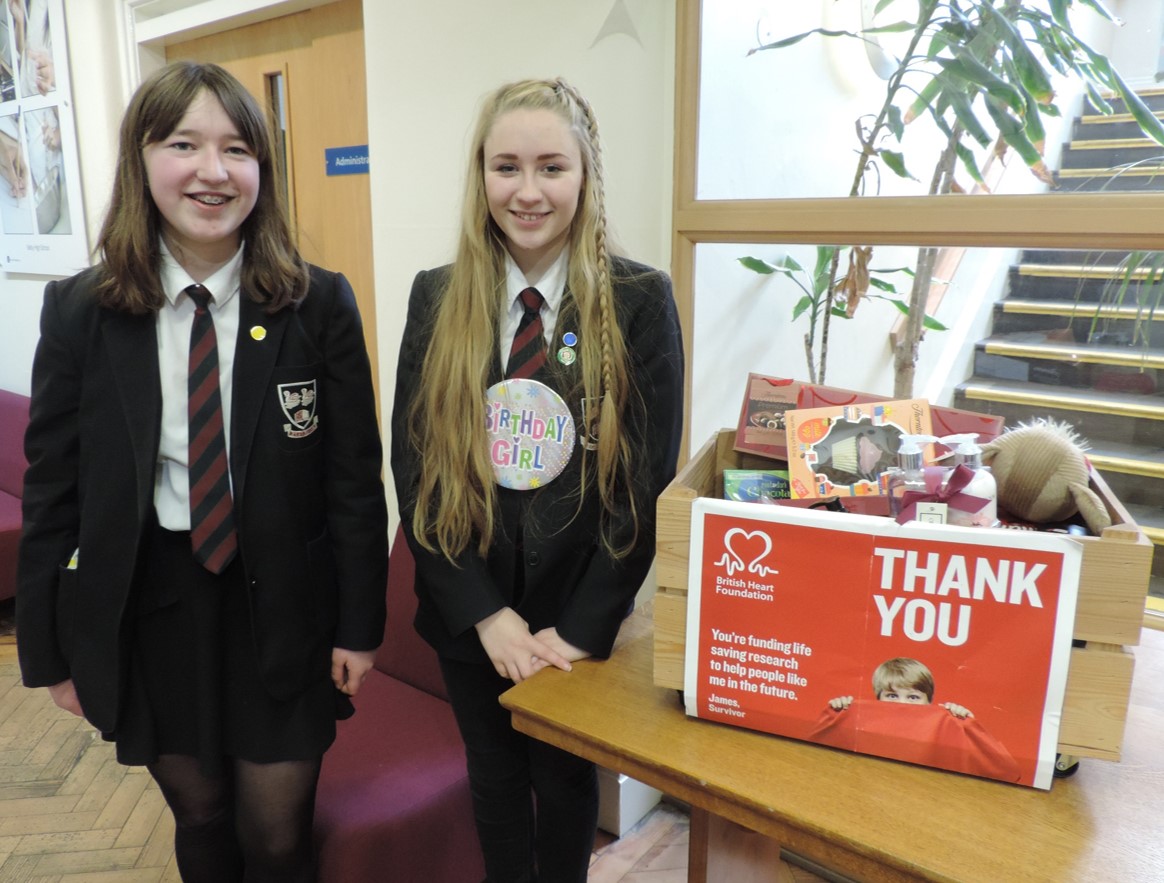 On the last week of half term it was the turn of Palin to host a Charity Event in the theme of Valentine’s Day. Prior to the Charity week, Palin prefects met to formulate ideas that could be used to raise money for the British Heart Foundation.

The first idea was to create a hamper that could be won by purchasing a raffle ticket. There were lots of very generous donations from members of staff and pupils. A total of 450 raffle tickets were sold with the lucky winner of the hamper being Laura Arnold in Year 10.

The second idea was to bake some love heart shaped biscuits. The prefects spent two days baking and decorating biscuits ‘Mary Berry’ style with the help of the fantastic Mrs Bentley. The biscuits were such a success that they were all sold in one break time!! A future in the food industry most surely beckons for some of our Palin prefects.

The third idea was to allow other pupils to send a secret message and gift to another pupil in school. Again this was a roaring success with 50 bags of sweets sold and sent in 2 days. In addition, the prefects enlisted the help of Mr Harland and Miss Wood to set up the big screen in the main hall so that pupils could write a message to each other whilst having their lunch.  This station was particularly popular as pupils enjoyed sharing their love and friendship towards each other for everyone else in school to see.

Finally, pupils were given the opportunity to have a photograph taken with others in the LRC in the theme of Valentine’s Day. Mrs Cobb worked tirelessly to create a fantastic Valentines themed backdrop and displayed her wonderful photography skills producing photographs that the pupils could treasure for a lifetime.

As a result of the prefects’ fantastic work and commitment to the cause, a total of £283.00 was raised for the British Heart Foundation. Thank you to everyone who donated their money to such a fantastic cause.