Laureena was paired up with SHS’s year 10 Spanish class as part of the Routes into Languages adopt-a-class initiative back in June 2015. In the September, Laureena began her Year Abroad in Murcia, Spain where she would document her experiences in tweets and an email blog. Laureena kept in touch regularly and often sent packs of Spanish realia along with postcards from the places she’d visited across the country.

Whilst there, Laureena worked as a Foreign Language Assistant in two primary schools. She worked for 12 hours per week and then had the rest of the time free to socialise, travel and learn all about the Spanish language and culture. Her lecturers have since remarked how much more confident she is and how much better her Spanish is compared to before she went. This is due to her having immersed herself fully in the Spanish way of life: tapas, siestas and sun!

While in school, Laureena gave a wonderful and detailed presentation on her Year Abroad to a very captive audience of year 10s. She also discussed her plans after graduation, employability and transferable skills. Year 10 had lots of thoughtful questions to ask her.

She was presented with a few gifts from Miss Harwood and 10C/EP1 by way of a thank you for how hard she worked for us during her Year Abroad, despite the Routes into Languages funding being cut half way through her time out in Spain. We cannot thank her enough for the cultural insight she has given us during this past year.

Miss Harwood and 10C wish Laureena the best of luck for her final year and as she ventures into the working world! 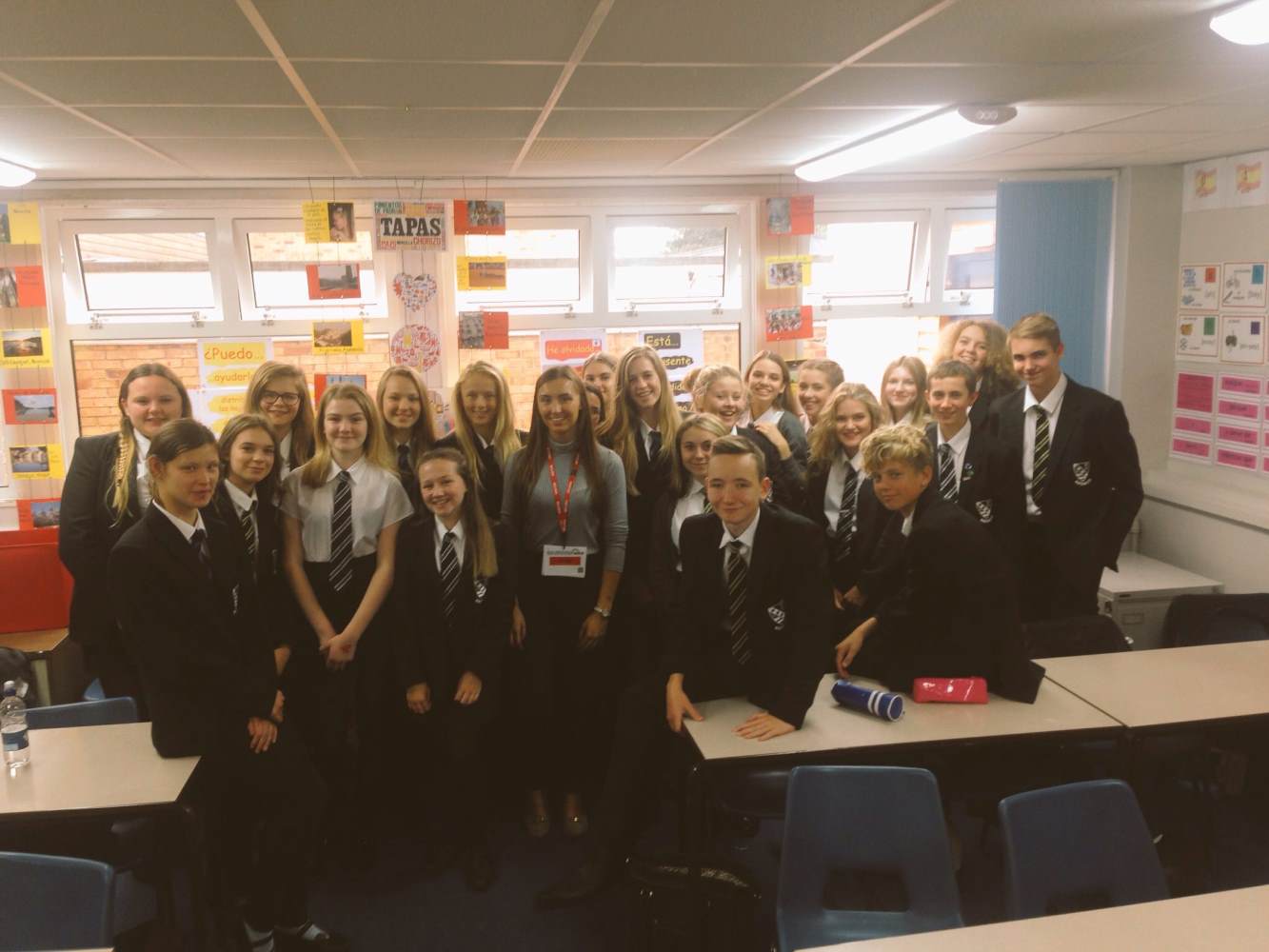