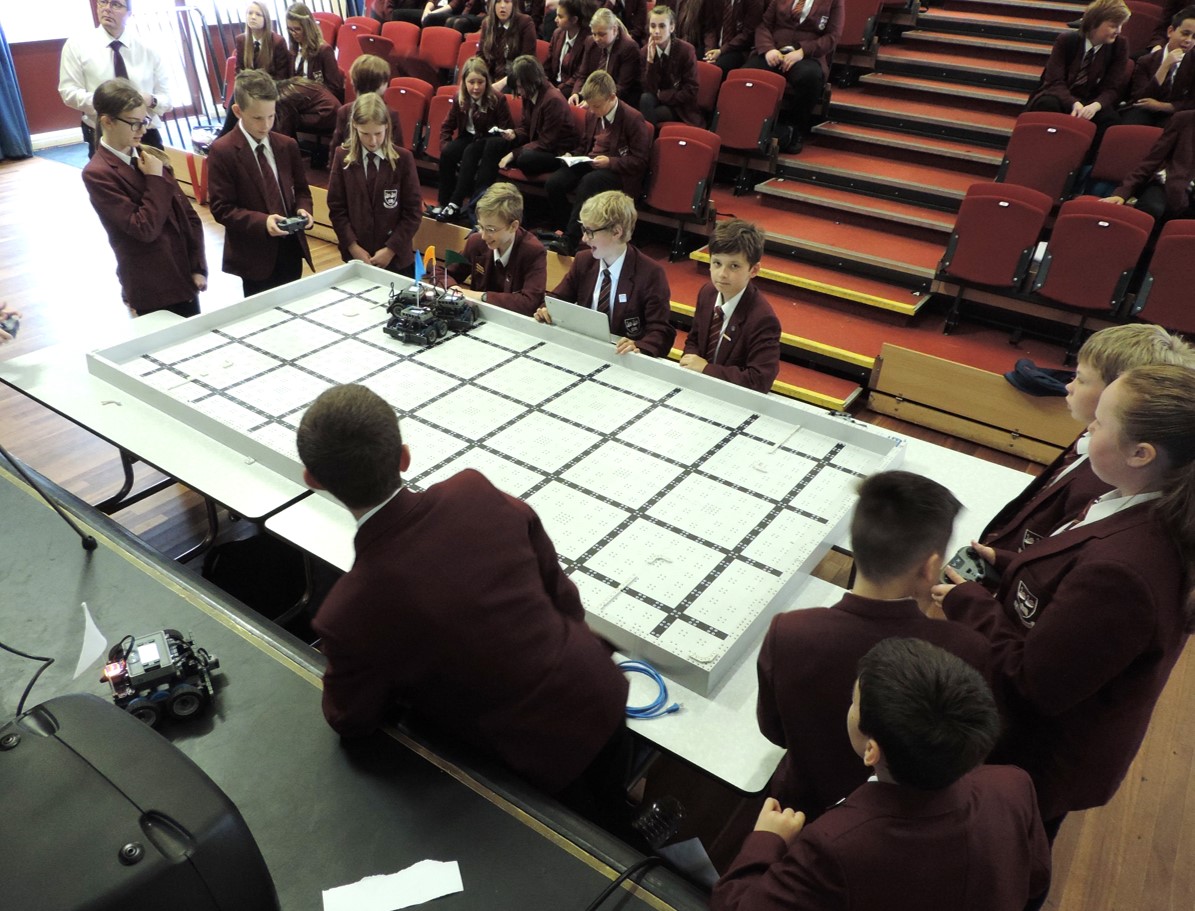 On the back of the student's enthusiasm for robots and their success at the national finals we held the inaugural Selby High School inter-house robot competition.   During many lunch times the students built four identical robots and thoroughly tested them to ensure a level playing field for the matches.  The event was designed to allow students to experience the fun and excitement robots create by driving a robot in a school competition for house points.

On Friday 17th June, for a couple of hours the school hall was transformed into a version of Robot Wars complete with video screen and sound effects, with the students playing Tag Robot, where you protect your own tag – but at the same time trying to “tag” the other robot.  The competition was formed around 6 round-robin matches with each house playing each and concluded with a couple of manic 4 on 4 super-matches, repeated for each year group.

During the competition, Garrett built an impressive lead, almost 50 points at one stage but despite a solid fightback by Mason, had sown up the win, going into the final 2 super-matches.  With the other 3 places still up for grabs, competition was tight and some strategy coming into play along with some all-out battles ensured for 2 closely fought matches right at the end of the competition. The final positions were:

Thank you to all the competitors, who put 100% into the event by either driving or supporting other house mates and demonstrating some impressive driving techniques and a capacity to win at all costs.   The next robot event will be the national VEX IQ challenge with details released in late September.

Special thanks to Robert Arnold 7 H3, Henry Hampshire 9 H5, Charlie Toone 7 H3, Daniel Toone 9 G7 and Tom Shaw 9 H4 for their amazing mature and energetic performance in running the event, by refereeing the matches, teaching competitors how to drive, on the spot fixes, scoring and timing. 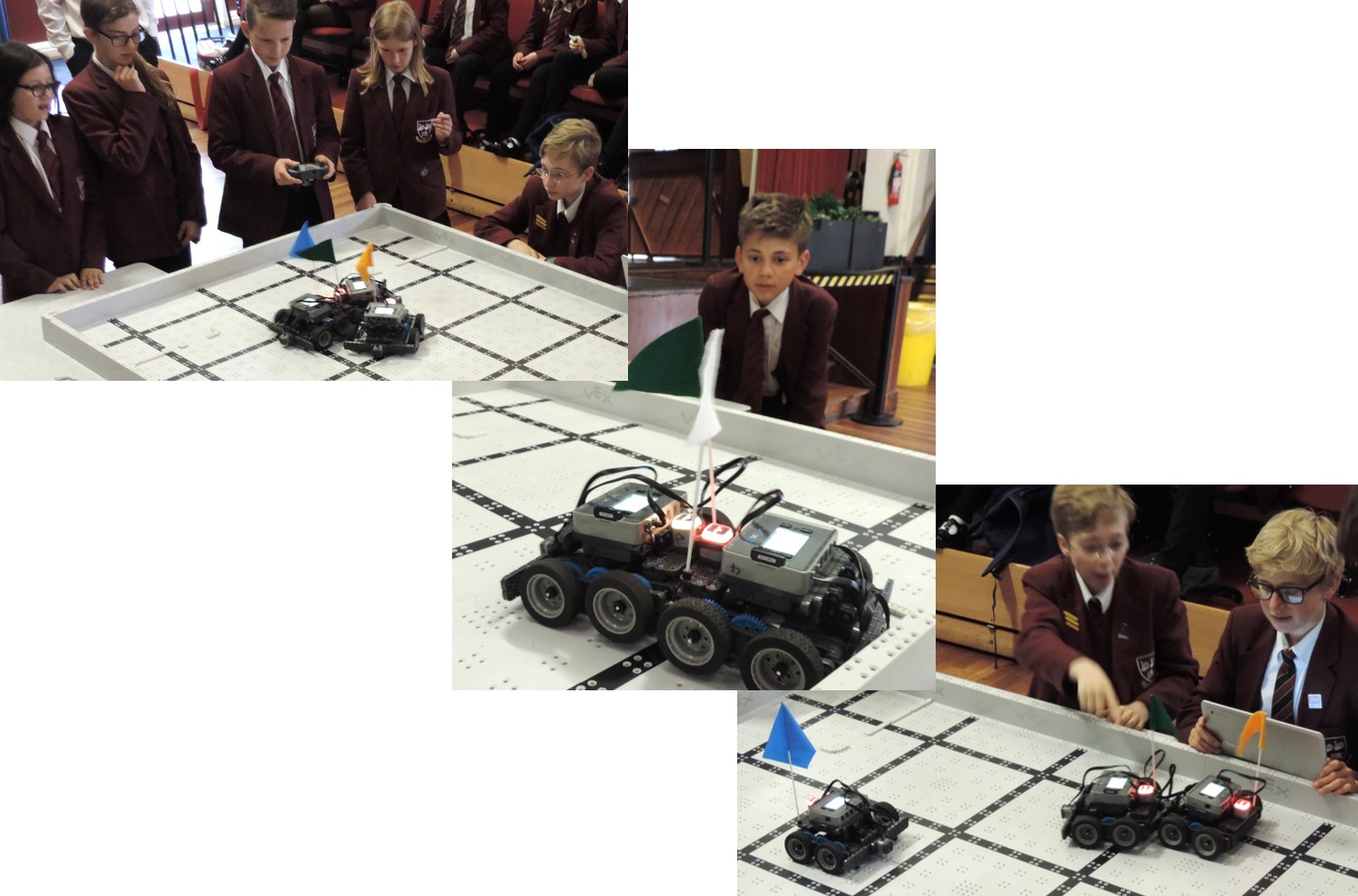