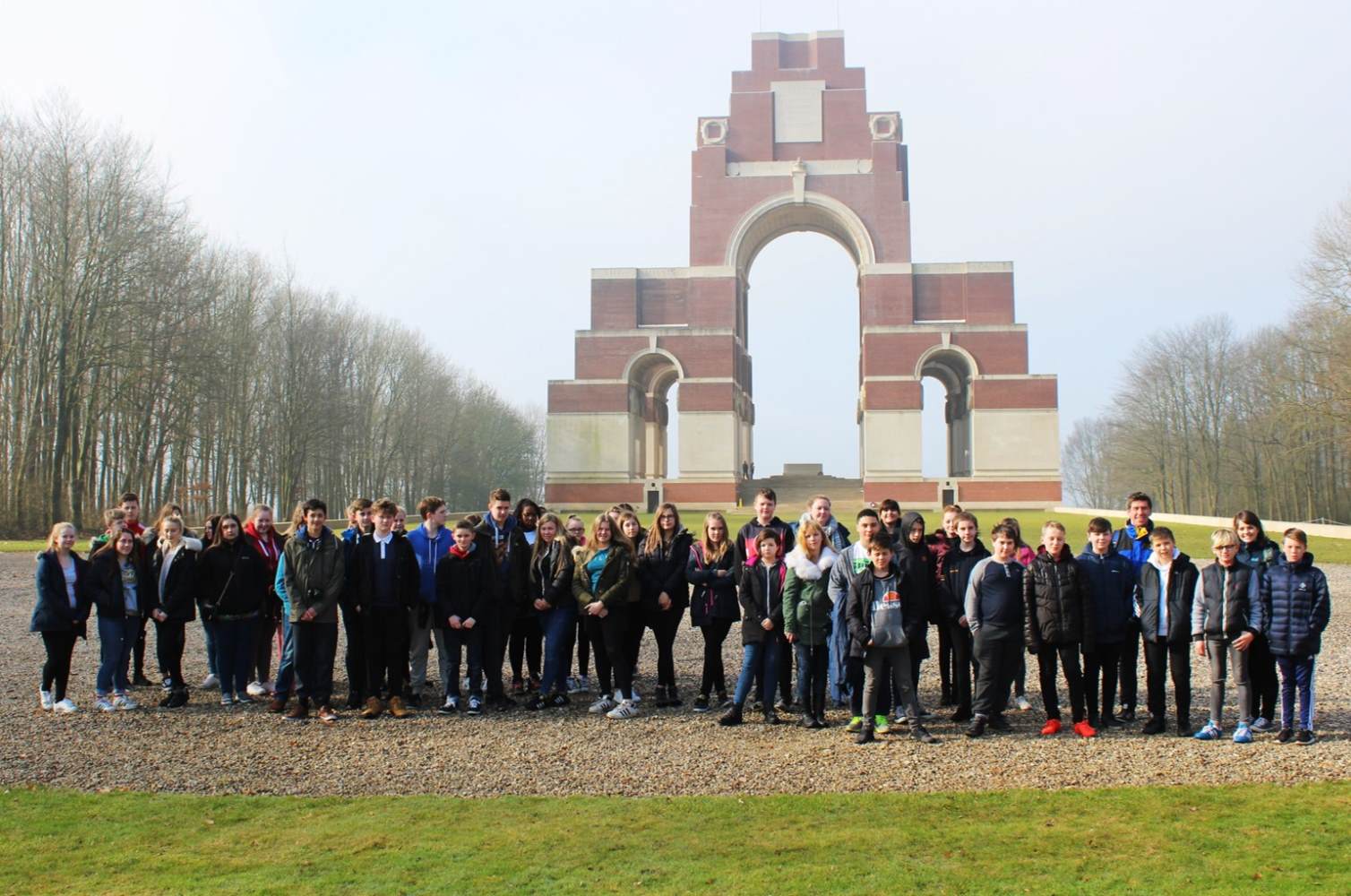 Forty-eight students embarked on the annual Belgium Battlefields visit the week before half term. With some new memorials and areas of interest to visit this year, it was going to be even more packed full of the opportunity to remember those that had made the ultimate sacrifice in the First World War. Both year 8 and 9 students interacted with great respect and at several memorials people commented on the pleasant and inquisitive nature of the students from Selby High School. Students were highly motivated in finding out about this crucial part of our history and were keen to remember those who had fallen. With a range of cemeteries visited, students commented on the size and devastation caused by the First World War and were keen to lay several items from Selby High School in remembrance of those soldiers who had fought.

Students signed, and placed a football at the memorial at Ploegstreet in commemoration of the 1914 Christmas truce in which British and German soldiers left the trenches for a temporary truce on Christmas day to have a game of football. Students were able to leave a lasting memory that can be visited by other students from Selby High School in years to come.

We were also able to incorporate visits to several student's ancestors and place a small token of a cross in memory of their ultimate sacrifice. To highlight one such grave we visited, it was 100 years and 1 day after the death of the soldier who had fallen in a battle near the Somme, which was a particularly moving moment for the students and also for the staff too.

It never ceases to amaze myself and the staff who accompany the students to Flanders Fields and the Battlefields of France, the impact this has on students and their thirst for knowledge and understanding of such a critical time in world history. Students have returned to school with a zest to share their experience with others and I can confirm that the 4 students within my own history group have added so much more to our lesson based on their own experience and empathy gained from visiting the First World War Battlefields.